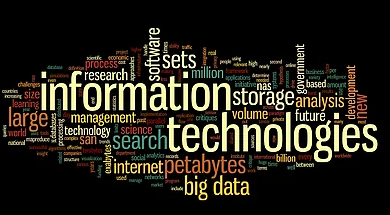 Jakarta Smart City is a Management Unit under the Department of Communication, Information and Statistics, DKI Jakarta Provincial Government. On the official pageit is stated that this unit seeks to build a cohesive urban community and actively participates in realizing a better Jakarta. As the capital city of the country with the highest urbanization rate in the world, “Jakarta must be more effective and efficient by utilizing integrated information and communication technology in all public sectors.”

This experience is what we try to share with guest lecture participants at the ITK Campus.

Participants in the guest lecture, which were dominated by students from the Information Systems Study Program, seemed enthusiastic. The material begins with the development of technological conditions in Indonesia today. Prasetyo said that currently the average Indonesian has 1.5 cellular phones or smartphones. This means that everyone has at least one phone. This is a large number considering that Indonesia’s current population is almost 260 million people (BPS 2016). However, the distribution of internet users from the telephone is not evenly distributed. There are still many areas in Indonesia that have not been touched by technology and information dissemination.

According to Prasetyo, who is the initiator of the ‘Code for Indonesia’, people can learn to create a startup or start-up company, which is an application that can not only help in daily life, but also to develop existing human-natural resources. “Therefore we have to create and develop technology into something good. ‘Tech for Good’,” he said.

Fields such as agriculture, health, logistics, education, civil, technological solutions, tourism, to artificial intelligence are areas that have not been touched by information technology such as StartUp.

Prasetyo explained examples of StartUp categories that can be developed at this time, namely on-demand services, financial technology, and e-commerce, as well as the steps for making them. “The first step in creating a StartUp is to pay attention to what problems can be solved with the StartUp? Who has the problem?, How much budget will be spent? What are the next steps?”

Prasetyo then explained the term “The Feedback Loop”.

The feedback loop consists of several parts that are carried out repeatedly, the first is to learn pivot or learn, hypotheses, then build experiments or carry out the given solution. After that with a baseline to measure metrics or measure whether the given solution is successful or not. The last one is by analyzing the return to the learn stage or the knowledge obtained and then studied again or to the first stage, namely learn pivot.

“One other trick is to first create an MVP. MVP is a minimum version of a product that can be used for testing for the next product (beta version) in order to deliver the product faster and the learning process faster, and recover from failure more quickly.”

“In making a solution we must determine the most critical success factors of the product being made. Then test it by refining the product and leaving no semi-finished product. Because people’s demands or needs are always changing. In making a product, we often have to follow customer demand or demand. Because it is used to answer the challenges that exist from time to time.”

The guest lecture ended with a question and answer session and giving souvenirs from the Kalimantan Institute of Technology as well as a group photo.